Ajongo the new color chess game for 4 player with dices

Ajongoo is an exciting strategy and entertainment game for 2 to 4 people who play chess with four dices ... that can be entertained very easy or very strategic game, funny and great game, just here the instruction and new game rules for Ajongoo colour cube chess ...

The new game by knobelholz.de was an idea, to give chess beginners or even professionals a new challenge. Up to 4 but at least 2 players play against each other. Each player receives 4 dice with kings of the same color. A player now has e.g. 4 dice with 4 red kings another has 4 dice with 4 yellow, one 4 green and one 4 blue kings.

Each player also has 4 jumpers (horses), towers, queen and runners in different colors and 4 fields each of the die which are colorless. In the photos, see below, all sides of the dice are shown with all the red player figures. They are meant to serve as a guide, and each player selects a color and matches the matching kings in the same color.

Play and start of the Ajongoo color cube chess game 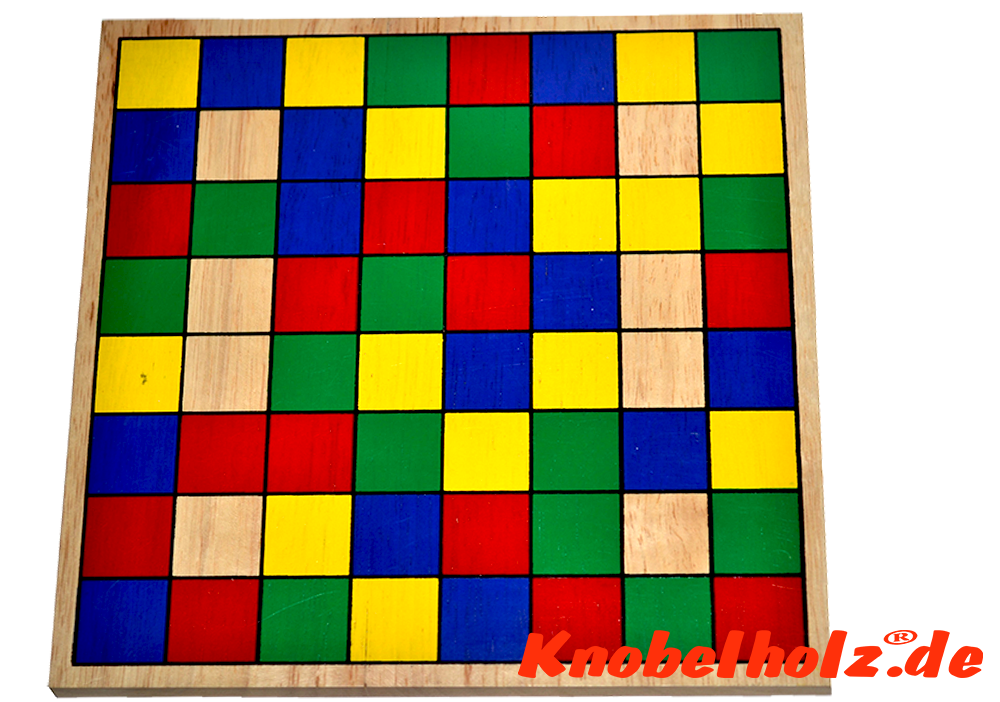 At the beginning of the game, the game pieces are built as follows.

As an example the red player. The middle 4 squares, the respective player side, are occupied with the 4 divided dice (see above in the photo). The left-hand first cube must show a runner upwards, which matches the color of the playing field (in the photo, a green runner for the red player). On the second field stands a tower, on the third field stands a lady, and on the fourth field a king is placed. All the game figures shown on the cube above must match the color on the field where the cube is placed. For the red player: e.g. Sequence of figures green runner, yellow tower, blue lady and red king. As a second example for the green player: yellow runner, blue tower, red lady and green king. For more players, see the photo below. 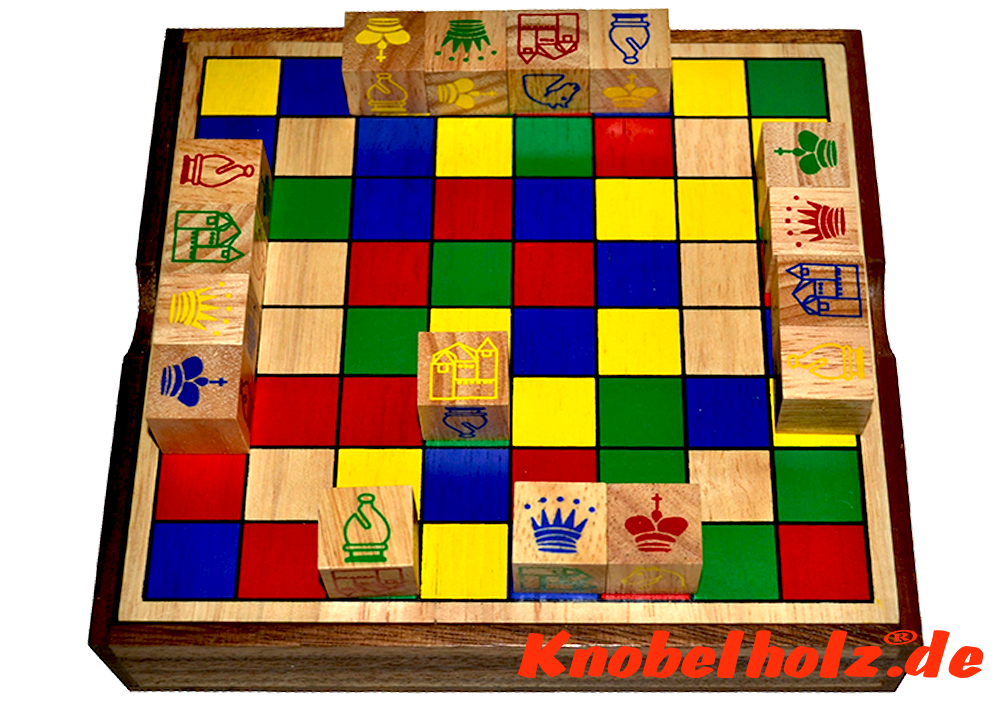 Now draw the red player with his tower two squares forward, pull the figures on the die as in chess,

Stands the cube with the yellow tower on a green field. Now the cube has to be rotated into the respective color that matches the field. From the yellow tower will be a green jumper (horse) which behaves like a jumper on the next train. 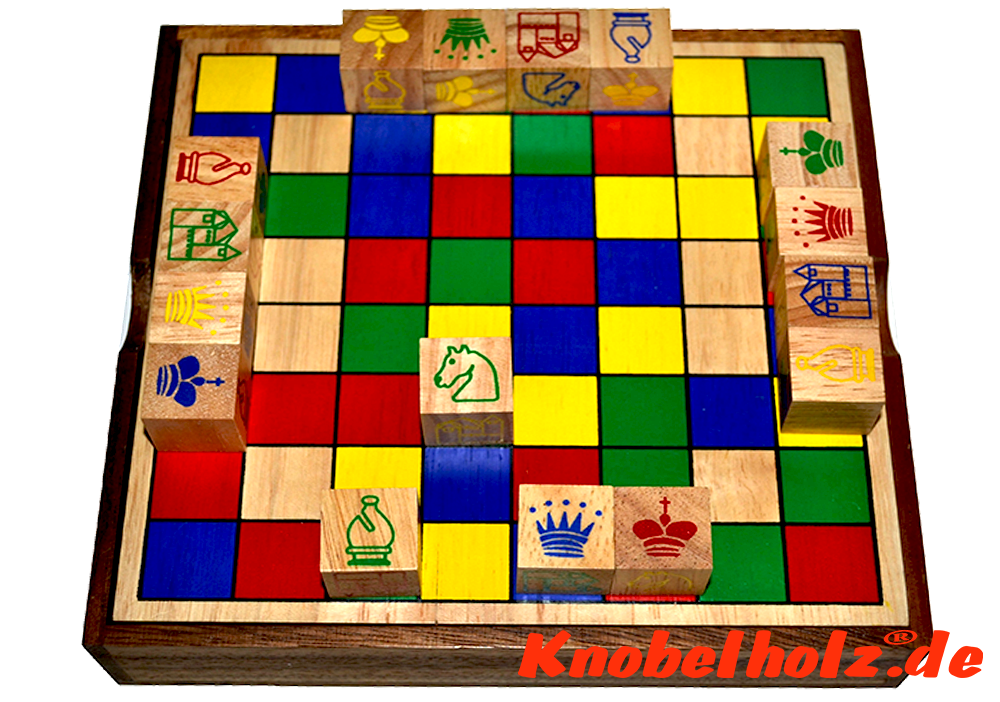 Next, the green player, to the right of the red player, moves with a red lady 3 fields forward on a red field. This figure is preserved because it is again on a red field. 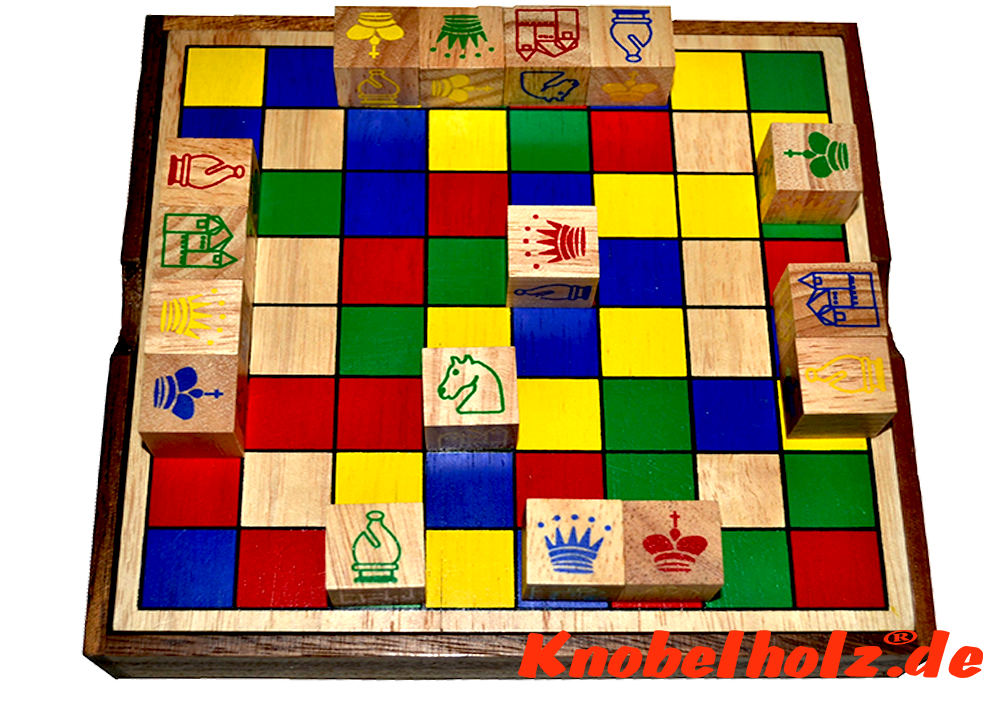 The yellow player now pulls e.g. His red tower 3 fields forward on a red field where the lady of the green player stands and beats the lady. Since he also has a red play figure on his dice, this remains a red tower. If he had placed on a differently colored field, he must turn the cube into a new color (figure). 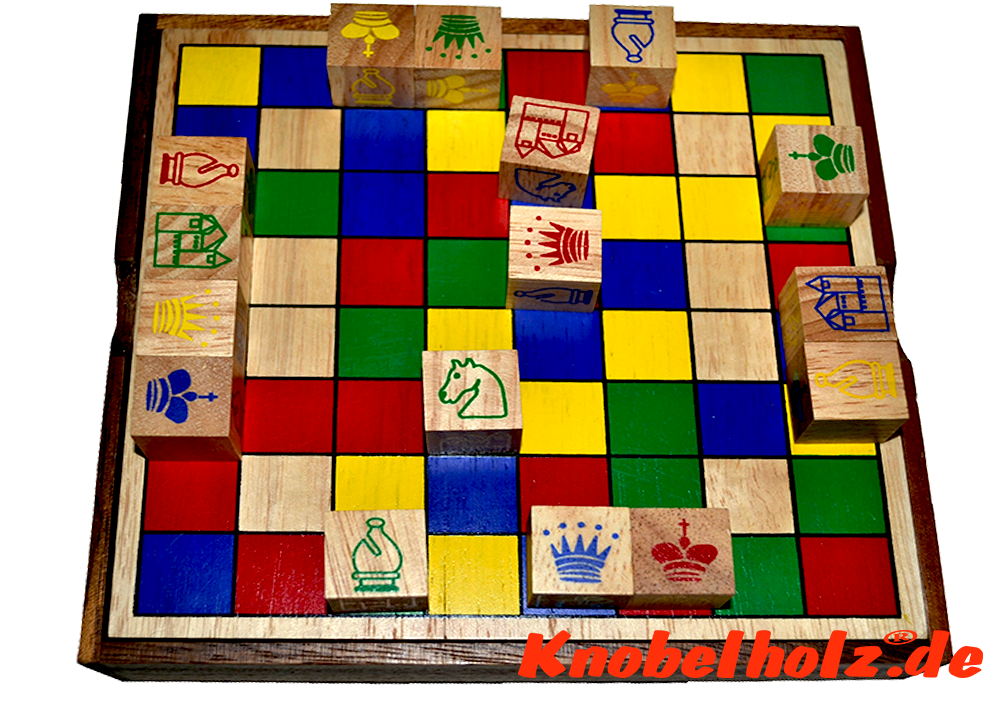 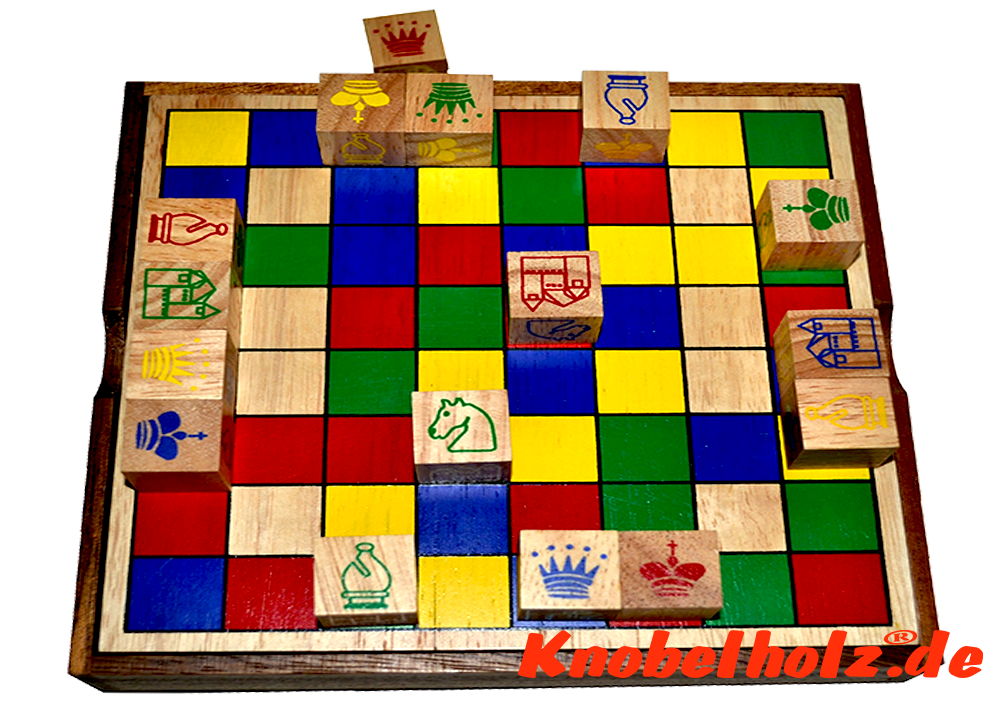 Now the yellow player has a dice less. This is played until a last player still has a die that has won.

The Ajongoo game can be entertained as a social game and played for relaxation but also strictly strategic, if you look ahead the dice so that you get the figures you need for an attack.

If the game is too long to finish, or to make it more exciting, place the supplied wooden sticks on the last row in the field when all the characters have left this line to narrow the field. But this is only a CAN determination and does not have to be carried out. 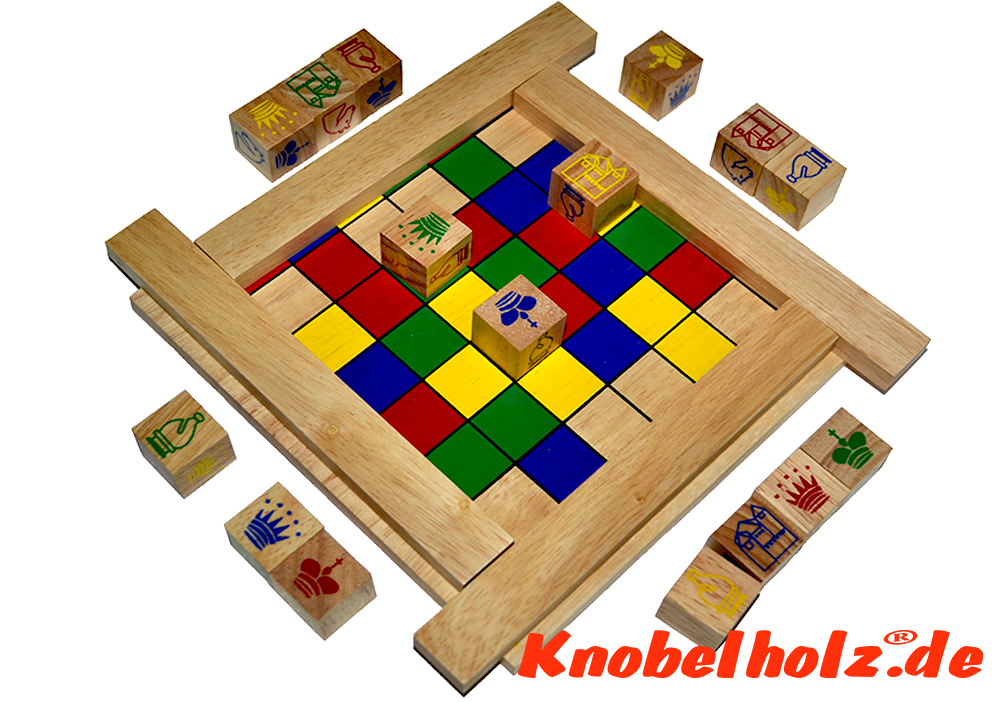 Now we wish everyone a lot of fun while trying out and playing our new Ajongoo. We hope that with this game you have again offered something interesting ....

Here you will find the Ajongoo in the box Variant: