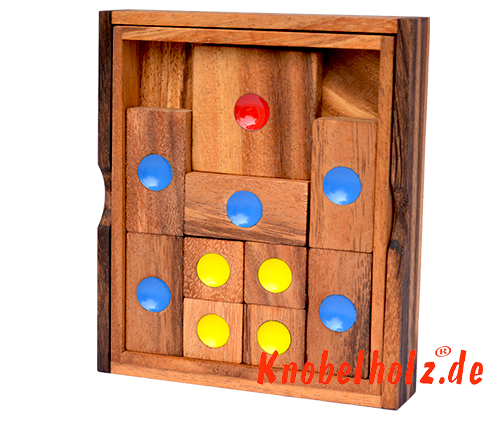 Freezing, by moving the wooden parts, the Khun Pan from captivity. Her the solution...

The Khun Pan is in the solution of the big stone with the red point. Pass him, through all the guards, down out of the slot and free the Khun Pan from captivity. Can be betrayed that this game has an old Thai history. The Khun Pan was a fighter, a hero of the people, who, from his captivity, was passing through 9 guards to gain freedom. Help the Khun Pan free.

We have developed further starting variants for you in the course of time. You can set up other Khun Pan start variants yourself to solve them. To do this, take the pieces of the Khun Pans out of the box and place them as you see them in the following starting variants of the Khun Pan game below, or you just put them in as you think .... however, the one or the other start possibility Which you have inserted can not be solvable. If you have found further good starting positions and still have the solution in mind, you can send it to us we will use, with your approval this here on the page. The following versions are tested and also go ... try them out they are differently heavy of 7 steps to free the Khun Pan up to 150 steps.

So 94 steps in the Khun Pan up to the Liberation is already quite hard .... but as you can think goes there still something .... go on and also crack the games with over 100 steps until the liberation of the Khun Pan From the sliding game of seeda wood ...

Have you managed all the Khun Pan exhensions? If not here look times as it goes.

Khun Pan a 100 steps resolution of the start variant in the game pack: 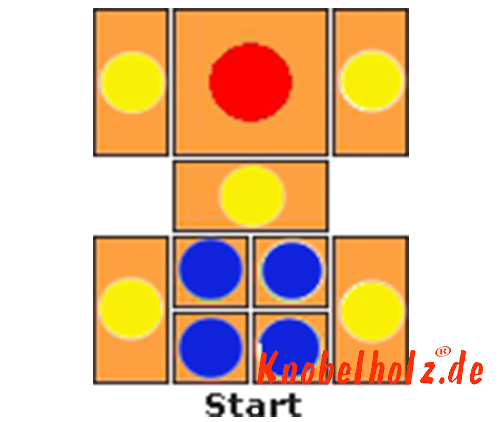 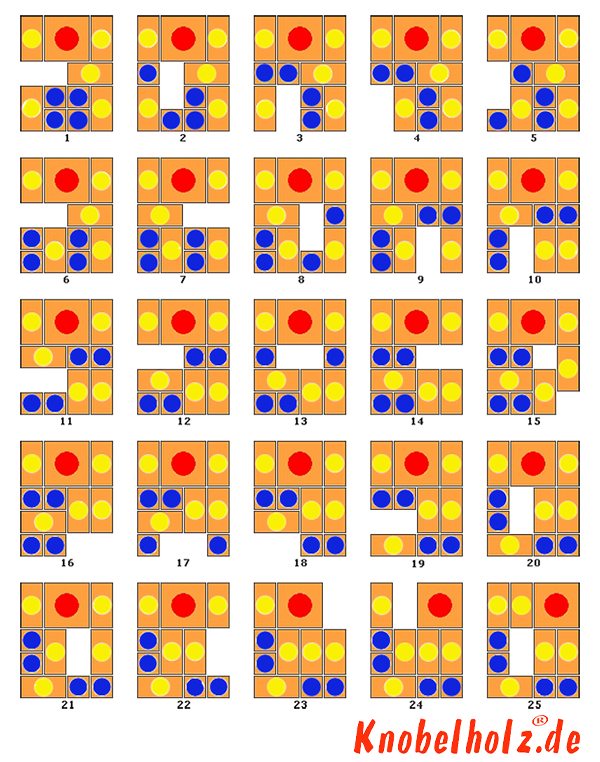 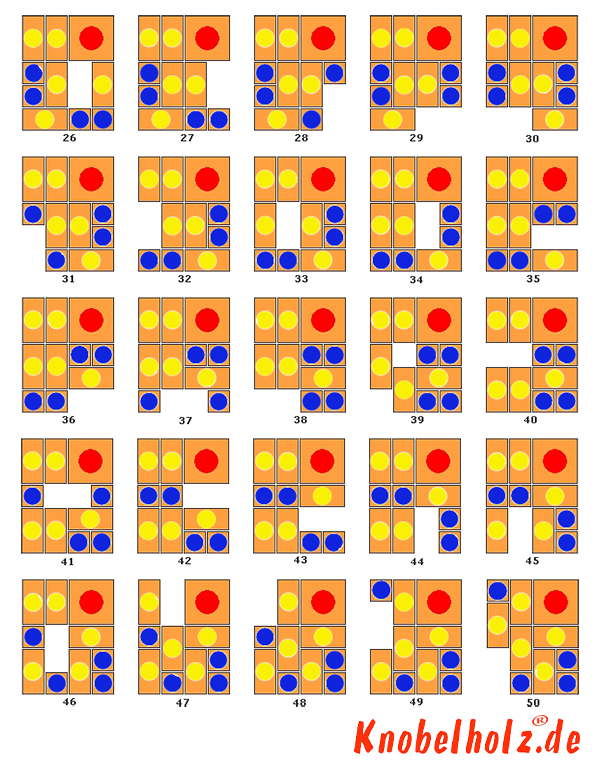 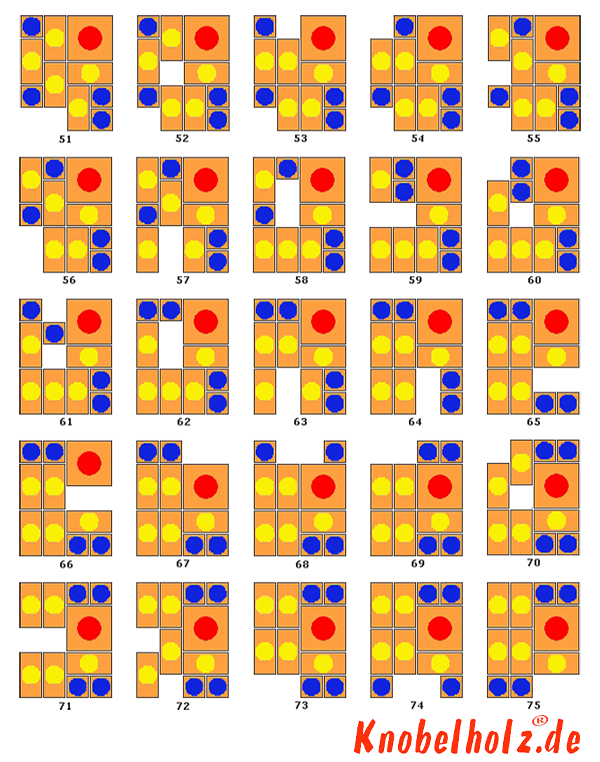 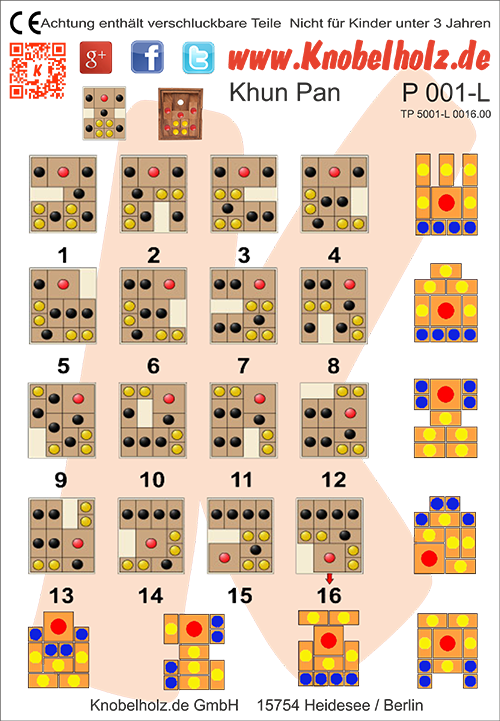 The game to buy if you liked it you can find here: