Connect Four the popular strategy game for 2 players as a big version with chips ... In the strategy game Four Wins, 2 players try to put 4 pieces of their color in a row. The pieces are set alternately and whoever succeeds first to achieve a row of 4 pieces wins ... 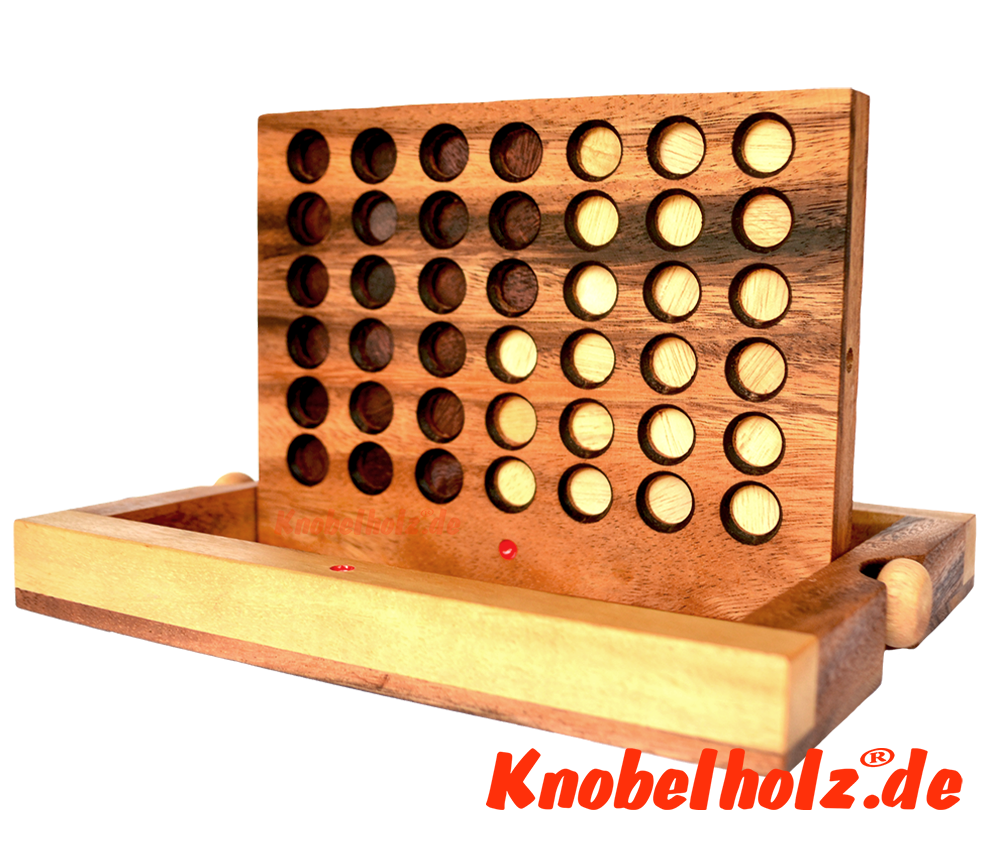 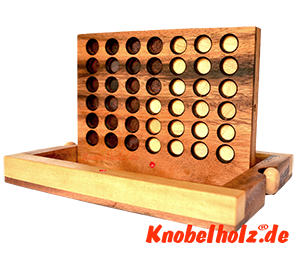 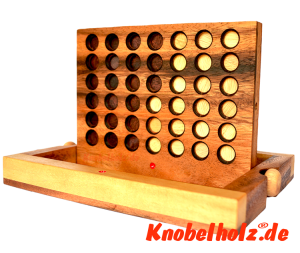 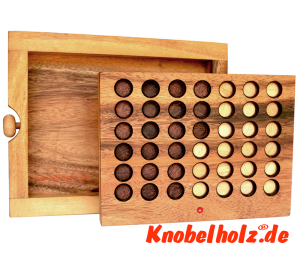 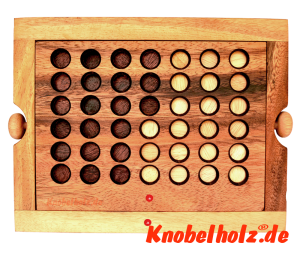 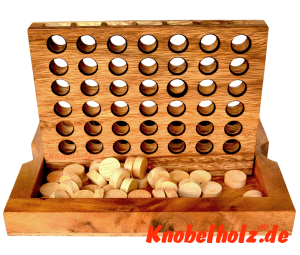 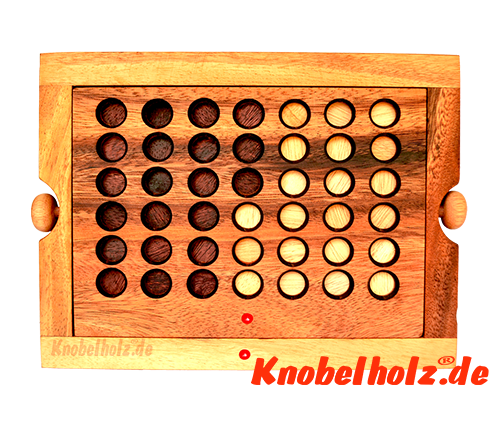 Connect Four classic game that is really fun for everyone!
The game is played on a vertical, hollow, wooden device, into which players alternately drop their tiles into the top. The playing field consists of 7 vertical columns and 6 horizontal lines. Both players each have 21 identical colored tiles. When a player drops a piece into a column, it occupies the lowest available space in the column. Each player is represented by his color (for example brown for the first player and yellow for the second). It is played alternately. The goal of the game is to have four pieces of its color in a row. This row can be vertical, horizontal or diagonal. You can do this by putting the stones one after the other in the seven possible columns. The stones fall on the lowest possible free space d. H. either to the ground or to another stone. 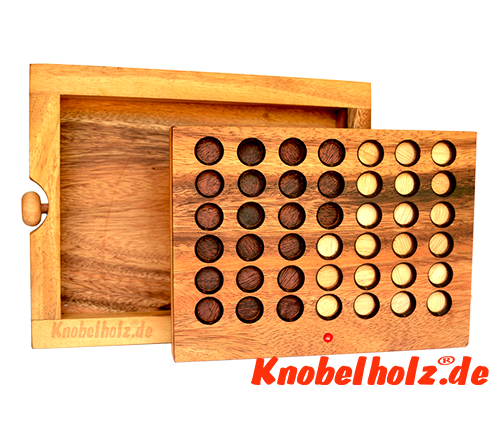 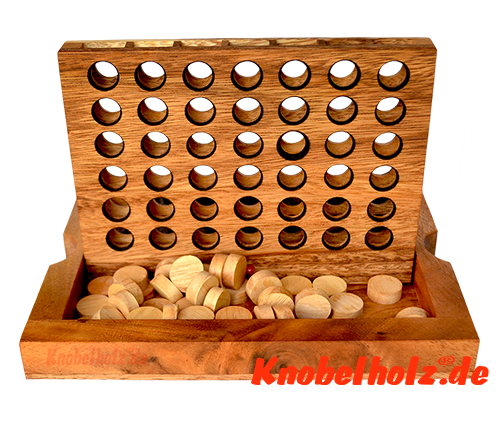 Click here for the complete game instructions with download and PDF to print out: Game rule G-002 Connect Four Chips