Bingo, 4 wins, place the first 4 of your color in a row .... diagonal, vertical or horizontalt... 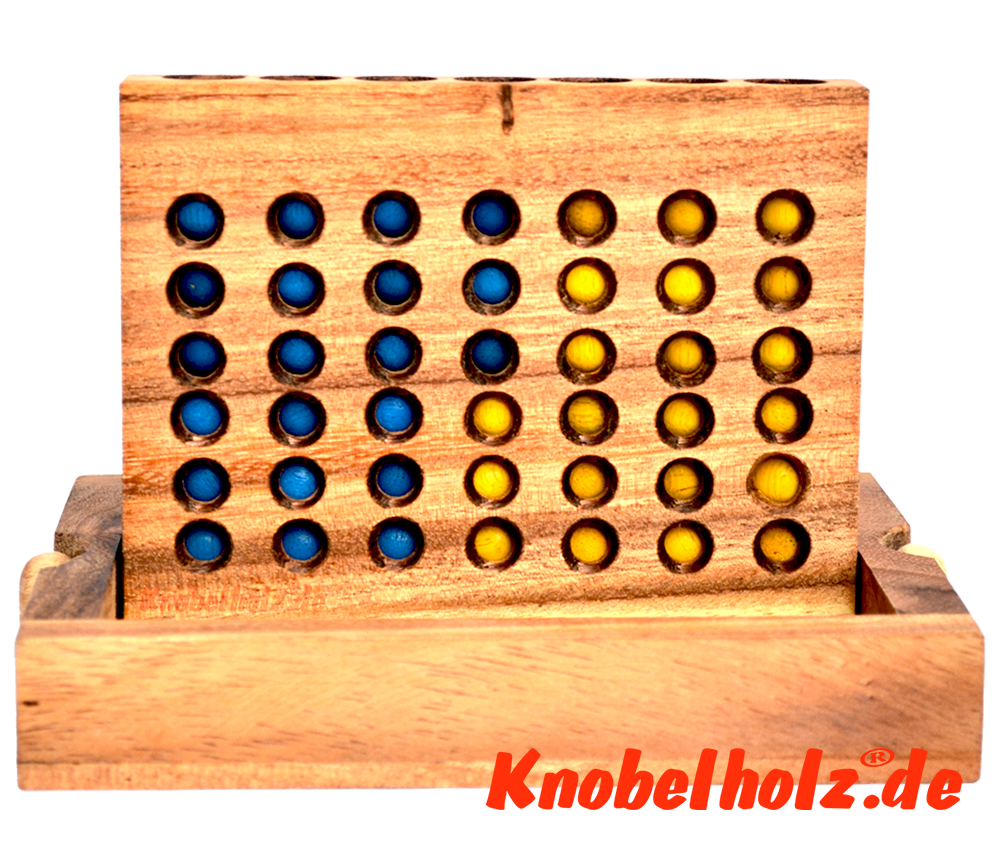 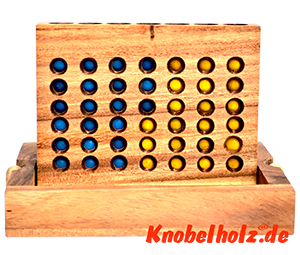 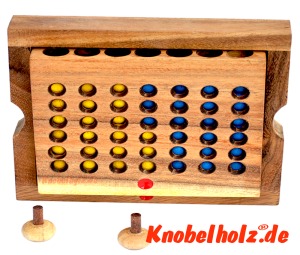 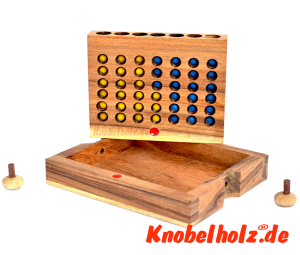 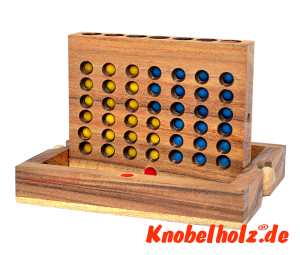 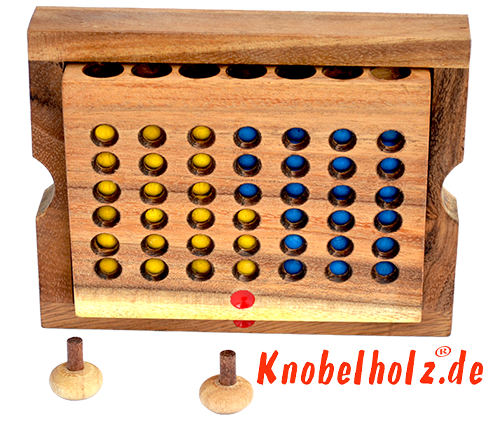 Here as a Samanea wood box version with wooden balls. The box is collapsible for transport. To prepare the Samanea wooden box for the game, pull the 2 pins left and right out of the game and remove the playing field from the frame. When opening, make sure that the 2 red dots point downwards as otherwise all the bullets fall out. 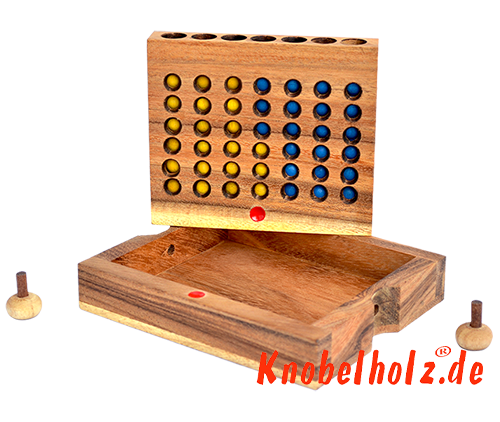 This also applies to the assembly, red dots together pointing downwards the wooden play. Place the playing field in the wooden frame and use the bingo game in the frame, now used as a floor plate. If the game is built and everyone has its balls of the selected color in its compartment is already going. 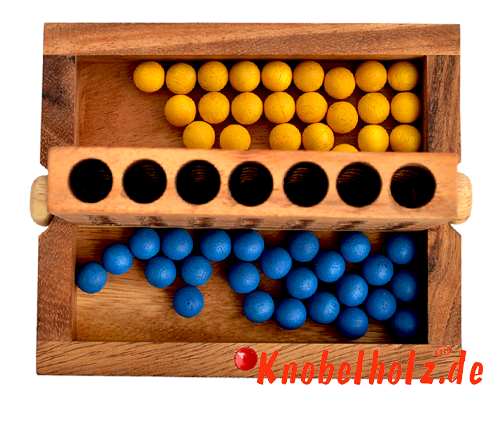 The wooden game Four-in-a-row is played with a vertical hollow game board, in which the players alternately drop their playing pieces. The game board consists of seven columns (vertical) and six rows (horizontal). Each player has 21 equal-colored pieces, which are alternately placed by the players of the four-game strategy game. 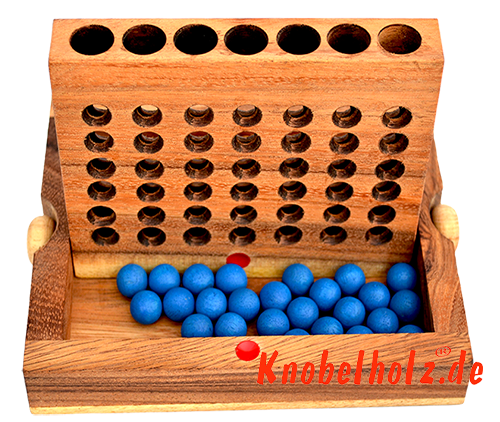 When a player drops a piece of the game into a column in the Bongo wooden game, he places the bottom free slot in the column. The game pieces are placed individually and alternately in the four-match game. The winner is the player who is the first to make four of his pieces horizontally, vertically or diagonally into a line. The game ends in a draw if the board is completely filled without a player has won.

Strategy and tactics for the connect 4 game match 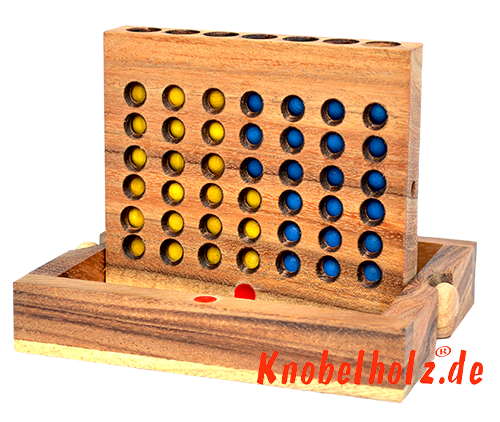